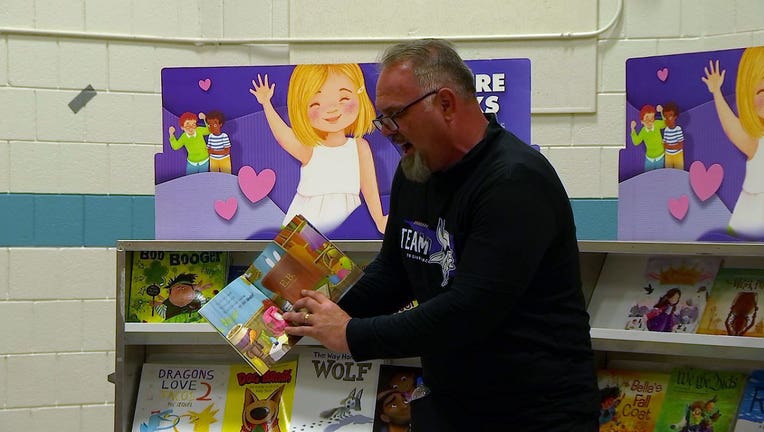 ST. PAUL, Minn. (FOX 9) – The main objective this time of the year is usually football, as the Vikings get deeper into the offseason program during OTAs. But, in addition to playbooks this week, the purple are also picking up ones of a different kind.

The team visited Highwood Hills Elementary in St. Paul on Wednesday for a book fair. Players and coaches helped students pick out three books while taking the time to read with them inside the classroom.

The main objective this time of the year is usually football, as the Vikings get deeper into the offseason program during OTAs.

“It’s just about any opportunity we can to connect with people as human beings,” Vikings head coach Kevin O’Connell said of the team’s visit. “Let them see us and understand that there’s a face and a personality that goes with us.”

A rare chance for children to come face to face with a pro.

“For them, they’re infatuated with your size,” Vikings defensive tackle Harrison Phillips said. “The kids are like, ‘Hey, you’re like 79 years old!’”

Players are not that old, but it has been a long time since events like these for the Vikings. The COVID-19 pandemic limited their team community interactions over the last two years. 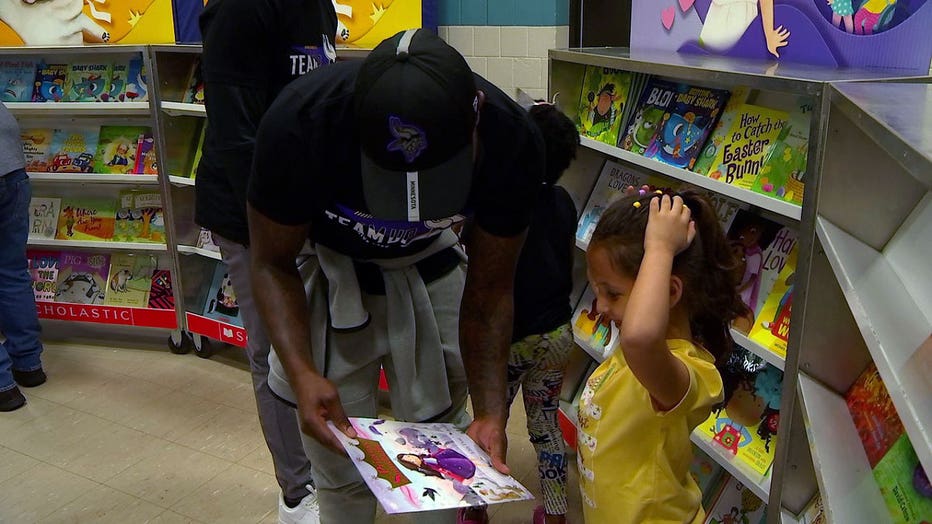 There was an afternoon of bright smiles for both players and students, but one under a cloud of somber feelings. A day after the awful events in Uvalde, Texas.

“It hit me extra special in a way to be a positive for some of these kids that may or may not know what’s gone on and transpired around our country that’s happened way too much,” O’Connell said.

“The main thing for us is supporting the people that support us,” Vikings tackle Brian O’Neill said. “Giving them a reason to feel good because lately there’s been too many reasons not to.”

A day for players to turn the page back to their own childhood while helping the future write their own stories.

“We’re all kids at heart, and we need to embrace that more often,” Kendricks said. “We need to laugh a little bit more, embrace each other more, and just love.”