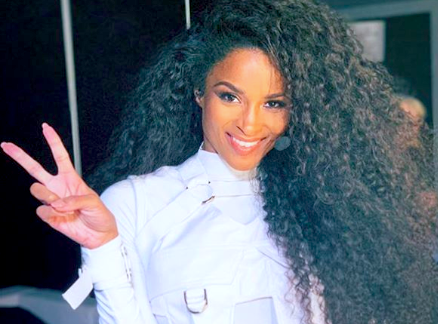 Ciara sent fans into a frenzy when she was snapped filming a new music video.

Well, it looks like more than a single is on the way.

Because the superstar singer has confirmed that she has completed a full-length album.

Speaking at the launch party for her Sports Illustrated Swimwear Issue cover, CiCi revealed that she has finished her eighth studio LP.

The set serves as the follow-up to 2019’s ‘Beauty Marks’ – home of the Platinum smash ‘Level Up.’

.@Ciara has confirmed she is FINISHED recording her 8th studio album & just fimed the video for her 1st single “Jump”🎶🎵 Can’t wait for the era to start 🙌🏿
🔥🔥🔥 pic.twitter.com/bpH6KHbDzg